The construction of the university and its operation during its first half-century depended upon the labor of enslaved people. But for too long, this fundamental component of history had been ignored.

The Memorial to Enslaved Laborers (MEL) acknowledges the work and individual lives of the enslaved African Americans who built the University of Virginia and sustained daily life from its founding.

The Memorial’s construction on the grounds of the University of Virginia marks a critical moment to address the complex history of the University of Virginia—and of the country. The Memorial to Enslaved Laborers responds to a deep need to address a previously unacknowledged history. By creating a physical place of honor to the enslaved, the Memorial is designed to be a place of healing but also a place of learning and an inspiration for action. The Memorial addresses numerous community perspectives on UVA grounds and across Charlottesville, but especially the descendants of African Americans who built, worked, and lived at the University.

A physical reminder of the incomplete promises exhibited at the University and in Thomas Jefferson’s writings (slavery in a context of freedom), the Memorial highlights the significance of the enslaved in constructing and maintaining the Academical Village. From the gardens to the pavilions to the Rotunda, people enslaved by and rented by the University and its residents labored to build and maintain the Academical Village.

An estimated 4,000 enslaved persons worked on the Grounds of UVA between 1817 and 1865, when the Union Army announced the end of legal slavery.

The design of the Memorial draws upon commemorative traditions of form and rituals from across the African diaspora and the African continent. The Memorial’s commemorative forms and historical inscriptions acknowledge the dualities of enslavement—the pain of bondage and hope for the future.

With its shape inspired by the ring shout, an ecstatic dance performed by African Americans that anticipates spiritual liberation, the Memorial forms two concentric rings, nested in the sloping landscape just northeast of the original Lawn.

The Memorial is sited in dialogue with the Rotunda, which sits at the highest point of the lawn. The careful terracing of the lawn in section allowed Jefferson to create pavilions that were two stories on the lawn side, but three stories on the garden side where a lower level walk-out basement housed spaces for the labor of the enslaved. Jefferson understood slavery to be abhorent, and employed architecture—and the architectural section—to conceal it. The Memorial architecture, in contrast, works to reveal, open and invite. Utilizing the landscape and section, the Memorial is an open bowl-like figure in contrast to the closed sphere of the rotunda—both 80 feet in diameter.

The walls and surfaces of the Memorial each support a different layer of meaning, from the informational to the evocative. The Memorial’s details are inspired by the material culture of enslaved labor and craft. Using local “Virginia Mist” granite, quarried from nearby Culpeper, the Memorial embeds memory in stone using marks, carvings, textures, and imagery redolent of the physical suffering of the enslaved and the endurance of the human spirit.

The design of the Memorial celebrates the bonds of community that nurtured resistance and resilience to the dehumanizing violence that shaped the everyday experience of enslaved life at UVA. 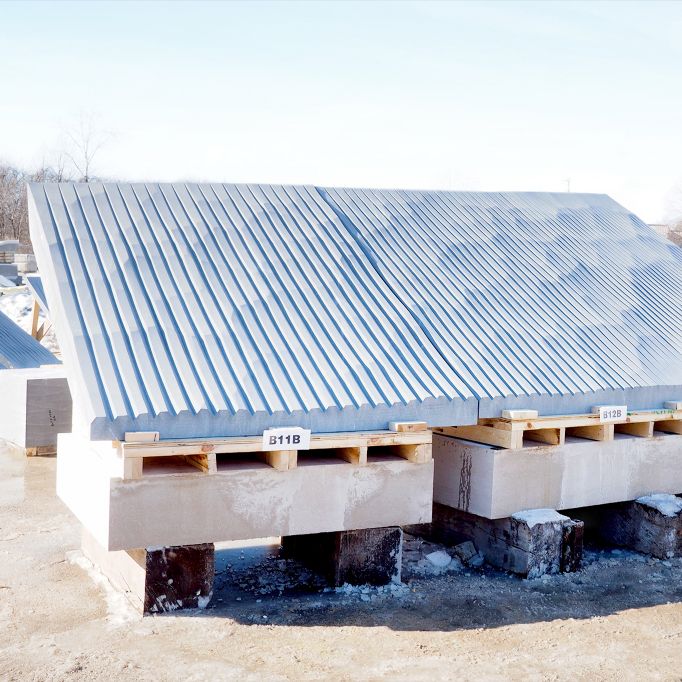 Over a decade of work led up to the realization of the Memorial. The making of the Memorial was an effort that involved students, faculty, staff, alumni, the design team, and the local community in Charlottesville and Albemarle.

This was not the first call for the University to reckon with its relationship to slavery. Although African Americans had applied for admission to UVA as early as the 1930s, they were not admitted with any regularity until the early 1970s. In the years following, those admitted Black students agitated for greater recognition of the institution’s historical dependence on slavery. A formal report was submitted to UVA’s president in 1987. This report was followed by frequent calls for inclusion and equity in a series of public declarations and documents in the ensuing decades.

In 2007, the Board of Visitors at UVA issued a statement stating its “particular regret” for the University’s employment of enslaved persons. A plaque was installed to honor those enslaved women and men whose labor “helped to realize Thomas Jefferson’s design for the University of Virginia.” This Memorial was soon criticized as inadequate—its small size, its secondary recognition of the enslaved, and its failure to capture the enormous scope of roles occupied by enslaved people during the University’s formative decades.
Following the resolution and plaque installation, several groups played key roles in highlighting the need to address more adequately the issue of slavery as it relates to the University’s history. In 2007, the group University and Community Action for Racial Equity (UCARE) was formed with the goal of helping the University and surrounding communities identify actions that would begin to repair harms. The UVA student group Memorial for Enslaved Laborers (MEL) was established in 2009 and centered on advocating for a larger and grander memorial. The following year, in a bold and creative strategy, students launched a design competition entitled “Preserving our Past, Framing our Future,” calling for proposals for a Memorial to Enslaved Laborers. Attempts to visualize a memorial had a profound effect on the University—including University administrators—catalyzing responses that earlier efforts had not. Soon thereafter, the UVA IDEA (Inclusion, Diversity, Equity, Access) Fund was established by alumni to work in collaboration with the UVA Office for Diversity and Equity and commissioned a report that provided a comprehensive review of the various initiatives focused on the University's historical relationship to slavery.

Catalyzed by this report, UVA President Teresa A. Sullivan founded the President’s Commission on the University and Slavery in 2013. Comprising faculty, staff, students, and alumni from the University, but also—and more importantly— known descendants of the enslaved laborers and leaders and activists in the African American community, the President’s Commission invested years of collaborative work, listening sessions, and broad community engagement in order to earn enough trust even to begin a conversation about truth telling and repair. That Commission’s final report included as its first recommendation: “Construction of the Memorial to Enslaved Laborers.” In many ways this work built on the years-long work already undertaken by the descendants communities at Monticello and Montpelier, the plantations of Thomas Jefferson and James Madison respectively.

In November of 2016, the University selected the winning design team for the Memorial, including architects Meejin Yoon and Eric Höweler, historian and designer Mabel O. Wilson, landscape architect Gregg Bleam, community facilitator Frank Dukes, and artist Eto Otitigbe, who joined the team after the project was underway.

Working with the President’s Commission on Slavery and the University, the design team hosted numerous community forums, each planned to encourage conversation and engagement. Rather than presenting preconceived ideas, the design team listened. When reviewing the hundreds of responses collected through these community forums and an online platform, the team looked for major themes, consistent threads, and critical values, and these became the basis for the preliminary designs. Returning to the community, they presented these designs, along with options for sites, strategies for memorialization, and other details, always listening for the major chords in the collective feedback. Only then did they chart a course for the final design.3

Daina Ramey Berry, The Price for Their Pound of FLESH: The Value of the Enslaved, from Womb to Grave, in the Building of a Nation. United States: Random House Inc, 2018.

Douglas A. Blackmon, Slavery by Another Name: The Re-Enslavement of Black Americans from the Civil War to World War II. London: Icon, 2012.

Angel David Nieves and Leslie M. Alexander, ed. We Shall Independent be: African American place making and the struggle to claim space in the United States. Boulder, CO: University Press of Colorado, 2008.

“Connecting with Community and Descendants.” Panel Discussion on October 19, 2020 as part of the symposium "Universities, Slavery, Public Memory, & the Built Landscape," hosted by the University of Virginia President's Commission on Slavery and the University and the Slave Dwelling Project.

“Memorial to Enslaved Laborers Update.” Panel discussion on September 29, 2018 at the University of Virginia.

Narratives of Slavery at Jefferson’s University.

President’s Commission on Slavery and the University: Report to President Teresa A. Sullivan. 2018.

“Unearthed & Understood: Slavery and the University of Virginia.” Documentary film by Eduardo Montes-Bradley, 2014.